After the Tree Fell Over, the Chickenpox Scare and the Flu Outbreak, Christmas Went Pretty Well 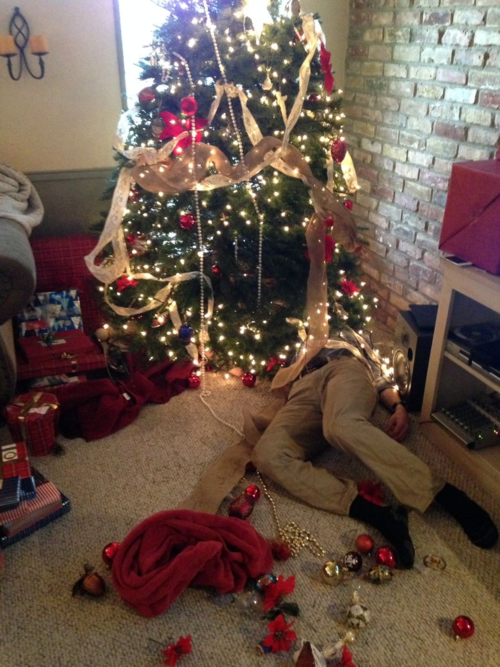 Let me begin by saying that the main problem with real Christmas trees, besides the shedding of their needles into the carpet, is that they feel that they should be watered regularly. So demanding! Such divas! Normally, I have to crawl under the tree with a pitcher and carefully fill the reservoir whilst trying to avoid poking my eye out on a branch. But this year, we invested 1.99 in a red plastic funnel (attached to a long tube,) which made the job soooo much easier. We'd found a gorgeous tree at Home Depot and had it decorated in fairly short order on Dec. 8, a full two days before Gray got home from college, and a week before our big family party. Shopping would get knocked out later in the week, so things were going well.

Then came the chicken pox scare. Suspicious red dots were all over baby Heidi, who had just returned with her parents from a trip to Africa. We immediately started looking at the calendar for alternative dates for Christmas. Frantic phone calls and weekend visits to acute care centers (plus lots of googling) gave us some reassurance that the dots were insect bites. Whew. Christmas was still on.

The day of the family dinner, I pulled out the china and we set up tables for twenty-five. Somehow, a simple chili-and-cornbread gathering became a sit down ham dinner by candlelight (because this is how we roll: we complicate things) and that's when the tree fiasco happened.

My fool-proof funnel system worked beautifully for watering the tree, but did nothing for the instability of the top-heavy tree in the stand. As I lifted a branch to check the water level, down it went, as if in slow motion, with a crash and a tinkling of shattered ornaments. I believe I screamed, "Noooooooo!" as it went, and vainly tried to grab a branch as it descended into the middle of the living room floor.

Gray walked in just then and put his hands on his hips as he surveyed the scene. There was a pause. "Well, poop," he said.

"Let's get this thing back up," he calmed me down with his business-like manner. He will make a great birthing coach someday. We wrestled the tree back into place and he re-fastened the screws at the base (see picture above). The ribbons and lights, which had been utterly perfect the first time around, were hastily rearranged (er, jammed) onto the tree. I had bigger fish to fry, namely finding enough silerware for 25 people, who would arrive in a few hours. It would have to do.

Tom returned from the laundromat, where he'd dried seven loads of wet laundry, due to the fact that our dryer had chosen to die the week before, and we simply couldn't go one more day without clean underwear or towels. We sprang back into action.

The Get-Together with my side of the family was awfully fun. The weather was nice enough for an after-dinner campfire, and all the lights Tom put up outside made it feel magical.

And, other than the flu outbreak on Christmas Day, the rest of the week went smoothly. I got lots and lots of baby time with the most adorable grandbabies IN THE WORLD, and we loved hanging out with our families, unhurried and unrushed. 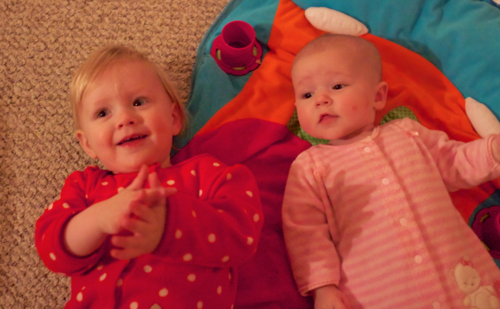 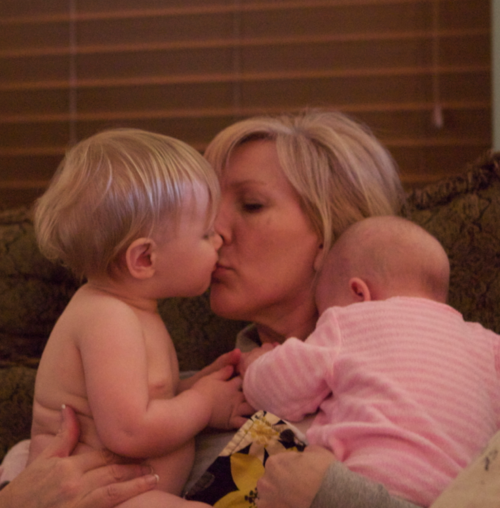 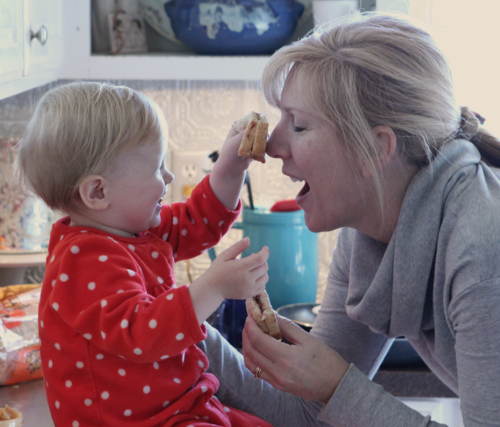 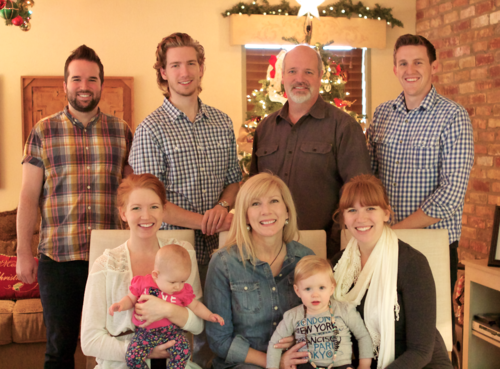 Sometimes in the disasters of trees falling over, last-minute gifts, contagious illnesses, loads of wet laundry, and piles of dishes, we forget our best-laid plans to savor and enjoy the season. We become weary of the non-stop carols in the stores, and the family idiosyncracies that we are certain no one else on earth has to deal with.

Beneath the activities and stresses that inevitably happen, there is hope and love, and best of all, a Savior. There is generosity and kindness and whispers of "I love you," across the miles that separate family members and friends. Shoot, I didn't get my Christmas cards out this year (again) and I'm behind on a couple of December birthdays that snuck up on me. But really, it's all okay.

Because there is a thread that weaves us together into a family, whether by blood or by choice. It's a thread of love, and it's found in every casserole and cookie, and every gift under the tree. It's found in the Christmas story, which was read aloud by a new father, holding a squirmy toddler who only made it through the sentence "A decree went out from Caesar Augustus that all the world should be taxed," before sliding off his knee. I heard it in the boys' choir concert, and felt it when I tasted my Mom's Norwegian lefse, and saw it in the twinkling lights on the cedar tree out in the field.

"Peace on earth, good will to men."

His love rests upon you. Even in the Walmart return line. Even while finding where you can get Tamiflu. You are loved.

The Best Moment of Your Day: O Magnum Mysterium

Feeling hurried, frantic, or overwhelmed today? I have just the thing.

Take a deep breath and open your hands. I'm praying for you right now.

You are right where you are supposed to be.

You are released from the need to be perfect, to have the perfect Christmas, to find the perfect gifts, and to make everyone happy in the process.

Because everyone's happiness is not your job.

Your job is to let God's spirit of peace and love fill you, and to remember that the true beauty of Christmas is found in the simplicity - the mystery - of His grace.

Take 6.5 minutes of your day, and turn your speakers up. Savor one of the most transcendent pieces of music ever written, O Magnum Mysterium, by Morten Lauridsen.

What is your favorite Christmas music? What brings your attention back to a starry night, so long ago, and the baby who came to change the world? I hope you'll share.

It's Christmas, People. Get Moving. 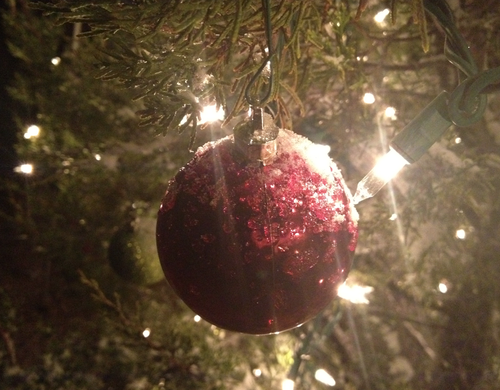 This is one of those years that I feel behind. Especially after spending some time online and seeing everyone's gorgeous photos of their Christmas decorations, which have been up for like, two weeks. I hate to admit that I have not even started.

Today, I WILL put our tree up.

I won't rest until it, and all the decorating, is done.

Can you tell I have my game face on?

This is not how I like to approach Christmas decorating. You know, with a battlefield mentality. I like to envision the process taking place with dreamy fog around the edges, Nat King Cole crooning Silent Night in the background, wassail simmering on the stove. Me, in a darling Christmas sweater, carefully trimming the tree, while a fire crackles in the fireplace.

The reality is that today will be a bit more like a D-Day invasion, with boxes of decor landing on the back step beach head with great thuds. Tom will have hoisted them on his shoulders, bringing box after box, while I try and make sense of the garland and untangle lights. Flash and Henry will look on with utter disbelief, and wonder what the fuss is about. We'll have a battle plan for unloading and installing. I'll give marching orders.

But once that tree is in its stand, and I put some Nat King Cole on, I know that the battlefield will become a wonderland. My resolve will give way to reverie, and my game face will melt into a joyful smile. Once I see the kids' ornaments come out, all will be well. I love that Christmas has the power to soften edges and bring beauty to my busy life.

Perhaps your Christmas season has become a project to accomplish, rather than a season to savor?

Like me, you feel behind and the only way to "get it done" is to don a helmet and grimly march forward. I'm there today, sistah.

Would you take a moment with me to pause?

Let's remember that much of the activity and hustle and bustle isn't "necessary," and we can actually choose how much or how little to do. We can say "no" to some things so that we can enjoy the BEST things. And we can let the spirit of the season fill us with memories and hope...if we'll stop and remember what it's all about. There's a baby in a manger - the hope of glory - and He's not worried about whether or not the garland is hung artfully on the stair rail. 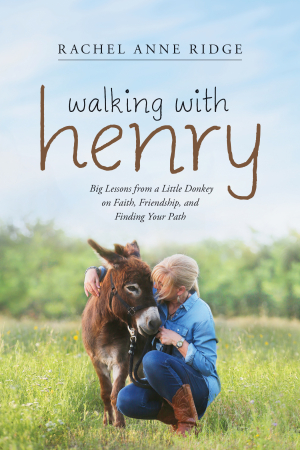 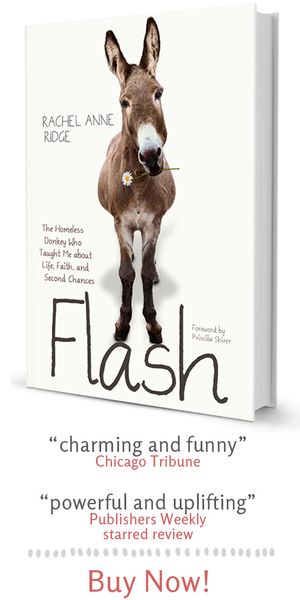